As the worldwide food demand increases (with a growing population) food production will have to keep pace with this demand. The Food and Agriculture Organization of the United Nations (FAO) estimates that 80% of the necessary increases in food production must come from increases in yields. Pesticides are required to prevent large crop losses and ensure that food production keeps pace with the demand. However, the use of pesticides do come with their fair share of risks. Both on the exposure to humans, as well as environmental effects that it may cause. The use of pesticides should be controlled, following good agriculture practices (GAP) set by the WHO.

There have been quite a few cases where agriculture commodities have been found to have extremely high residue levels of pesticides. In 2016, independent tests conducted on a variety of American food products showed to have residues levels of Glyphosate. In Hong Kong, the Centre for Food Safety (CFS) has reported a total of 208 food samples to have detected excessive pesticide residues since 2014. 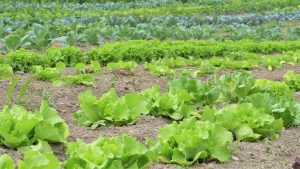 The international expert scientific group, the Joint FAO/WHO Meeting on Pesticide Residues (JMPR) conducts risk assessments for pesticide residues in food. The JMPR establishes the limit for safe intake, and the exposure levels at which adverse effects may occur.

These acceptable limits are used by the Codex Alimentarius Commission (the intergovernmental standards-setting body for food) to establish the Codex standards – which are the reference in international trade in food. Codex standards exist for more than 100 pesticides.  Food commodities and animal feeds must comply with the Codex Maximum Limit for Pesticide Residues (MRL) to be considered safe for human consumption.

In Australia, the MRLs for agricultural and veterinary chemicals in agriculture product are set by the Australian Pesticide and Veterinary Medicines Authority (APVMA). These MRLs are set with the APVMA undertaking a dietary exposure evaluation to determine at what levels the chemicals may cause a hazard to human health. ACS has a prominent level of expertise in the analysis of agricultural chemical residues in vegetation and crops, and a good track record in problem solving in this area.

If you are looking for analytical services in the pesticide residue area, contact us now!