The bitter taste is the defining characteristic of a beer. The bitterness of a beer is quantified by the International Bitter Units (IBU) standard, which in effect represents the concentration of isomerized alpha acids (iso-alpha acids) in beer. Iso-alphaacids are sourced from Humulus lupulus L. (hops). The chemistry of hops is very complex, due to the presence of many different volatile compounds in it’s extract. Consequently different hop varieties can bring about varying bitterness attributes. Deeper analysis of the iso-alpha-acids can provide more conclusive information about the bitterness, and it’s stability. 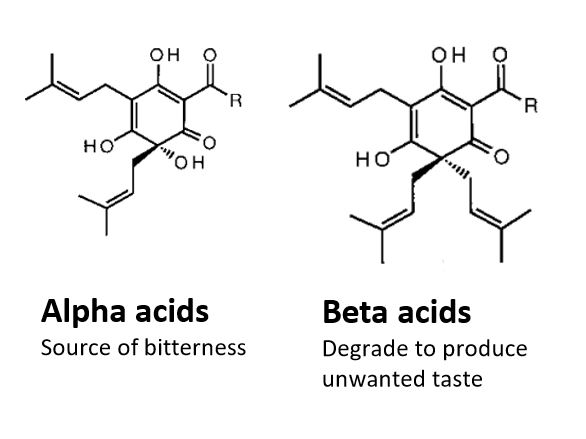 Alpha acids are isomerized to iso-alpha acids occurs when the wort is boiled. Each alpha acid gives rise to two epimeric iso alpha acids, either cis or trans isomers. The cis compounds are much more stable than the trans isomers, and henceforth don’t degrade to produce off flavour compounds. Therefore the cis:trans ratio can have great effects on the taste and stability of the beer.

Analysis of hop concentrates before their addition or during boiling for their cis-trans ratios is essential for determining bitterness longevity of the beer.

Iso-alpha acids are vulnerable to degradation on exposure to light, particularly UV light. For instance isohumulone degrades to 3-methylbut-2-ene-1-thiol and dehydrohumulinic acid, which are off flavour compounds. These is known as the light-struck flavour. 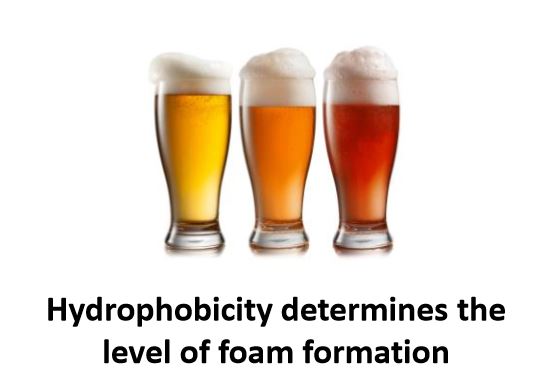 Get in touch with ACS to test the bitterness levels and bitterness stability of your beer.